“My body did very fast dilating and then all of the pushing without any conscious involvement whatsoever!”

My first daughter was born in 2016 and it was a typical first labour – very long! A number of things happened along the way which were quite traumatic and so when I became pregnant again in 2018 I was keen to do whatever I could to make the experience better the second time around and so we did private hypnobirthing sessions with Ruth in the run up to Alba’s birth.

Because I had gestational diabetes I knew that the labour would have to be on the labour ward and that I would have to be monitored throughout. When I started on medication for the GD I was told that I would need to be induced at 39 weeks for the baby’s safety. I was initially dismayed at this but as the induction date grew closer I decided to accept the situation and view it positively – we were able to plan childcare for our toddler, generally be a bit more “ready” and we would meet our baby soon! I listened to Ruth’s mp3s a lot in the run up to the induction date and also reminded myself that once the labour process got going, me and my body would be in control just like I would be if labour had started spontaneously.

The day came around and we got checked into our room on the antenatal ward. There was a long period before we could even get started because the baby’s heart rate was a bit high but I kept calm and positive whilst being monitored and did lots of reading! The induction process eventually started at 2:30pm on the Thursday with a prostaglandin pessary to soften the cervix and hopefully start contractions. I listened to Ruth’s relaxation track whilst I was examined and had the pessary inserted. We were then free to go for a few hours so my husband and I went for a walk around Archway to try to get things going. It was a beautiful sunny afternoon and we actually got some lovely photos of me very pregnant in the sunshine! Contractions started gradually but they weren’t especially strong or regular. We both got some sleep that night and did more walking and birth ball bouncing. At around 4pm the next day (Friday) I was examined and found to be about 1cm dilated. Good progress for induction but not enough to go down to the labour ward. A dose of prostaglandin gel was inserted (again, I used Ruth’s mp3s) and I did more birth ball bouncing. Contractions got going a bit more and I made a playlist of songs that were at the right tempo for rhythmic birth ball bouncing. One of my favourite memories from the induction was bouncing and air drumming to Africa by Toto!

At 10pm I was examined and found to be 2cm – the magic number to go down to the labour ward to have my waters broken! However the labour ward was quite busy so we stayed on the antenatal ward for a while and I started on gas and air. At around 1am we went down to the labour ward. I insisted on walking (?!) and was feeling strong and positive. When we got to the labour ward the gas and air wasn’t yet set up which was unfortunate but I focused on my breathing and my husband was a great support, physically and emotionally and the gas and air did turn up after a while. At 1:50am everything was set up and the doctor was ready to break the waters. I was still only 2cm and as soon as the waters were broken I suddenly experienced intense pain with no gap. This made me panic and, remembering that with my first labour it took 20 hours to go from 2cm to birth, I asked for an epidural. The anaesthetist came and started placing the epidural when my midwife suddenly said “are you pushing?” I said that I wasn’t but she said that I was and I should stop! I said that I really wasn’t. Everything was a bit of a blur at this point because of the intense pain but I remember the anaesthetist asking the midwife if she should stop doing the epidural and she said no, I wasn’t fully dilated. Because I had to sit hunched forward for the epidural the monitor straps weren’t tight enough on my tummy to keep track of the baby’s heart rate and so the midwife decided that a monitoring clip needed to be put on the baby’s head instead. The epidural was paused (without any of it actually having been administered), and I slowly manoeuvred myself onto my back so that the clip could be put on. At this point I felt enormous pressure and told everyone very loudly that I needed to do a poo… everyone was very reassuring that this was totally normal until the midwife looked between my legs and said “nope that’s your baby! Your baby is almost here!” A few seconds later Alba was out and placed straight on my chest. It was 2:36am, 46 minutes after I’d had my waters broken at 2cm! Apparently what happened is called the foetal ejection reflex and essentially my body did very fast dilating and then all of the pushing without any conscious involvement whatsoever! I literally didn’t push once and on our discharge notes stage 2 of labour is listed as being 2 minutes long.

I wasn’t able to consciously use the work we’d done with Ruth during that last 46 minutes because it was all too intense but it was hugely valuable during the first part of the induction and in the final few weeks of pregnancy. I also wonder (although we’ll never know) if being in such a positive mental state perhaps paved the way for my body to take over and get Alba born so quickly. In short: this was a very medicalised birth but definitely not a bad experience as a result! 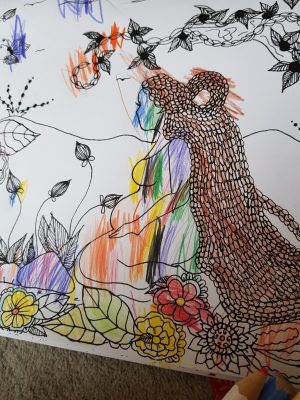 Image from ‘Colour Me Born’, coloured by Alba’s big sister! 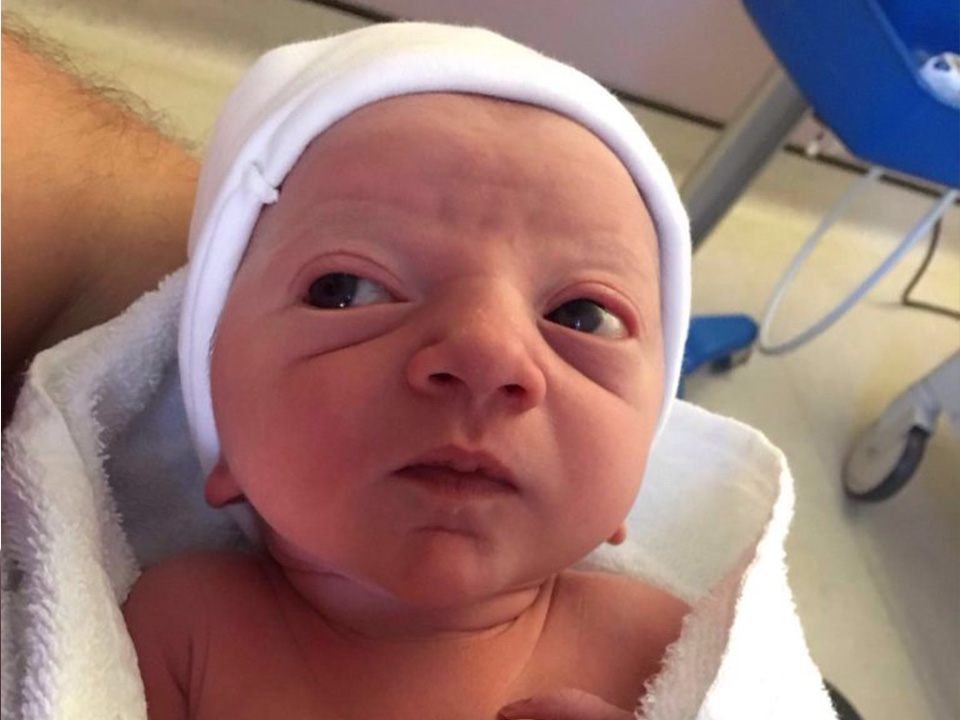 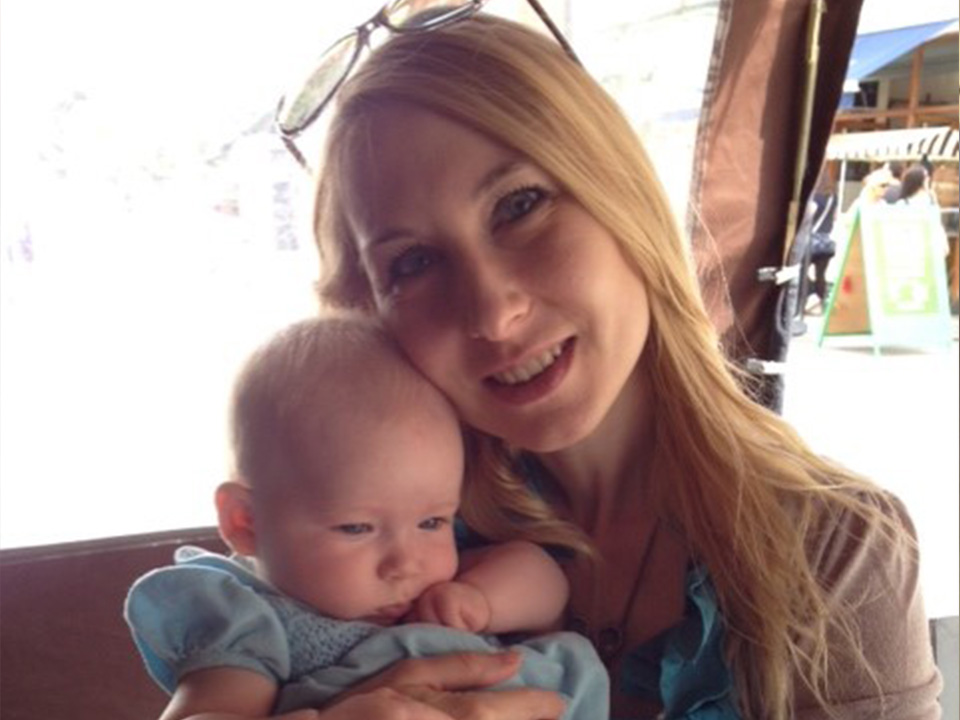