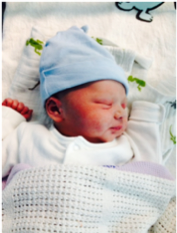 We had our son, Rafael on Saturday morning (2nd Nov). He was 9lbs and I had an amazing birth experience.

I had been having the odd contraction over the last 2 weeks, one night I had a few and thought it was starting. So I was feeling a bit confused. I woke at 2am on Saturday morning with a contraction and had a few more then woke Tom at 3am. We kind of chatted in between contractions, about every 10-15 mins, I tried different things, had a cup of tea and Tom pottered around, doing stuff. (We had builders coming at 9am to replace our bedroom windows!?)

Everything felt like it was getting stronger quite quickly, so I got into the bath at about 5:30am. Everything felt really manageable and exciting. Then I had two huge contractions, the next was so big I started to panic and then my waters broke. I immediately wanted to push, and it was scary, I told Tom and remember saying call someone, then went into a very calm place. Resting between each urge, I could really feel him pushing down the canal then back up. Then breathing through each urge and making a strange deep almost roaring sound (it was quite involuntary, and sort of surprised me, I think I was expecting to be quiet)

Tom kept reminding me to relax and it was so helpful, it worked every time. He said my shoulders visibly dropped and my breathing slowed and went deeper. I remember getting calmer every time he spoke.

He rang my mum and dad and said come now, then rang back 4 mins later to say RIGHT now! I was a bit aware of a surge of panic in him and I new that we were still at home and that the baby was coming. But I still felt very calm and just stayed in the place I’d found in my head. The hospital said get an ambulance. Tom called one. Then a response team (well, one man) turned up and said there were no ambulances. He checked my blood pressure then sort of hung around outside. I found it really easy to ignore him, as he was obviously terrified! My mum had gloves on and towels and I knew she could probably manage?! Tom called the hospital again and they said best to try and get in. So apparently we were going to drive but Tom and my mum couldn’t find the car key. I didn’t know about any of this. Anyway, 999 were on the phone the whole time, instructing my mum. I could feel the baby moving down a bit further each time. But still felt calm.

Theo woke up, it was 6:20am, my dad packed him up and took him to their place for breakfast. And two mins after they left an ambulance turned up. Just as Tom and my mum were planning to try and get me into my mum’s 2seater sports car…don’t ask!

I hadn’t been talking at all, just aware of movement around me but I felt strong and calm and trusted Tom and my mum. I clicked into consciousness for a bit and said get everything ready and I’ll get in the ambulance. Tom put clothes on me in between urges, about every 1.5 mins apart, and helped me down the stairs. Stopping and supporting me when ever I needed it. We live up two big flights of stairs so it took a while. I had to sit or lie on my back in the ambulance…so I chose to sit. As soon as it started to move I felt the head push down. I decided not to tell anyone!! But I remember finding it quite funny almost. It happened again and I did say something. The poor ambulance man looked so scared, he said if it happened again he would have to stop and look (at this point no one had looked at me, which I was very happy about).

So I sort of asked the baby to wait a bit and slowed my breathing right down. We got there so quickly and as the doors opened I fell on to all fours and said it was coming, he said he would look but I said no! They got me onto a stretcher (on all fours, they kept asking me to hold on which I found quite funny) and up to the labour ward, I crawled across onto a bed. Tom got the lights turned off which made me laugh as I thought it’s a bit late for that! I was making that deep noise and at one point I said ‘no, I can’t’ Tom jumped right in with loads of encouragement as did the midwives. And his head appeared after three controlled pushes. For the last one I remember a kind of rush of power and apparently I bit Tom’s hand?!  Someone came into the room to ask if I was really fully dilated, looked at us and left again. I heard Maggie’s voice saying ‘with the last satisfying push’ And his body slid from inside mine. Just like the CD said it would! The midwives were so good, guiding me to go slowly, and very positive. He had his arm by his face and the cord around his neck but as soon as that was off he was put straight on me. It was amazing. They let the cord pulsate for 6mins then Tom cut it and I had the injection. My placenta took ages (25mins) and it was the only stressful bit. I had to move around and try and push but actually as soon as Rafa got latched on it released. He was very calm and I just hugged him and fed him.

From the ambulance arriving at the hospital to having Rafa in my arms was 18mins! He was born at 7:34am. My mum walked in 2 mins later and had missed it all while trying to park the car. We left hospital that evening and I was home in time to give Theo a kiss goodnight. Plus our new windows were in!!

It really was amazing, I felt so connected to the whole experience and could feel everything he/we were doing. I felt very sure and confident almost the whole time. It’s funny reading this back (sorry it’s so long!) but actually it should/could have been very stressful, but it didn’t feel like that at all. Tom said I was so calm all the time he doesn’t think anyone would have thought I was so established. Not even me!

I can’t really believe it, thanks so much. I really think it was all down to natal-hypnotherapy and the confidence that gave us. 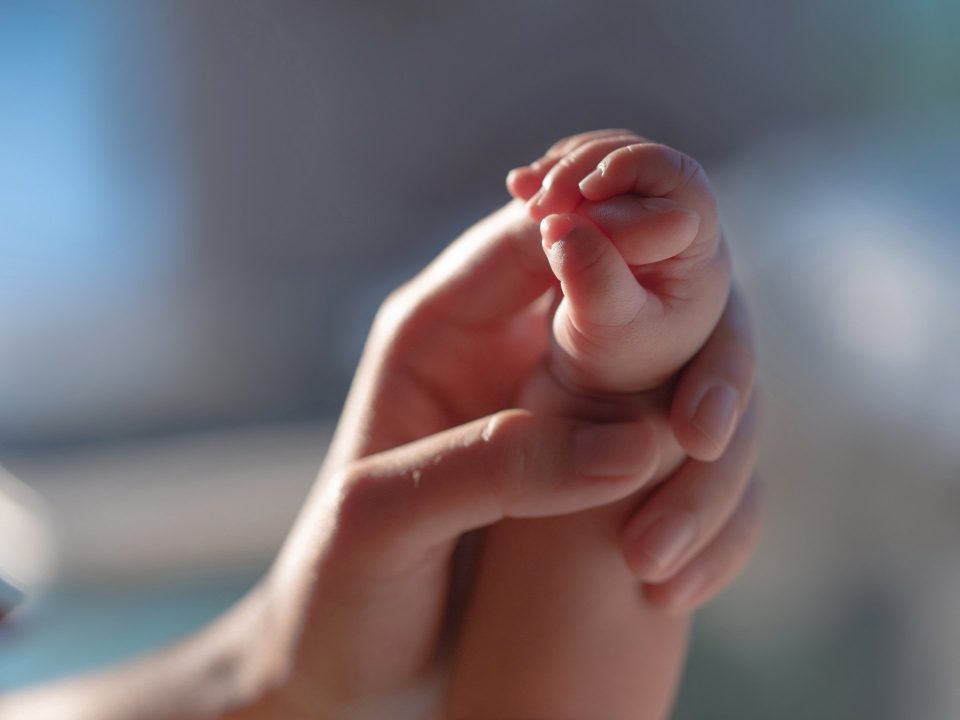