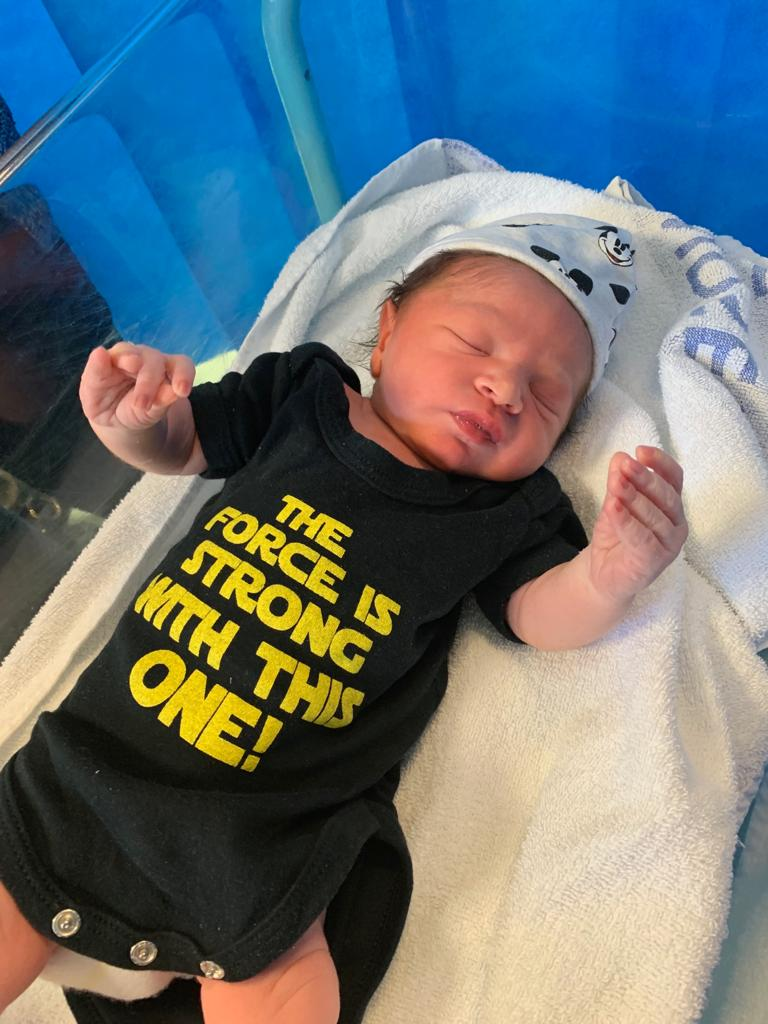 It has been a crazy month but I have had you on my mind as I wanted to say a big thank you to you for your class and audio as they really helped me in the build up and on the day I bought my son into the world.
My son was born on 18th September.
It was a dramatic birth as contractions started on Tuesday and I had them all day then at midnight we went to the hospital and was only 2cm. They were about to send me home when they noticed something with his breathing when I was having contractions. They broke my water and turned out he had pooed inside me. They had to bring on the labour by giving me a drip which intensified it. I was on gas and air and your tapes really helped me stay calm. Tim and my mum were amazing and asked doctors questions. I was in pain from 12 hours due. When we checked again at 12pm on the Wednesday I was still 2cm and the doctors were worried about the meconium as the baby could swallow it so we had to have a c section. He was born at 3.25pm that day and I really do believe your class helped me and my birth partners say calm. I had affirmations all around my flat which we brought with me.
Thank you again. I have recommended you to everyone I know.